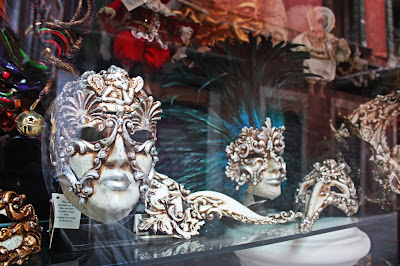 For anyone serious about their music, and isn't that thick with portend, shows like The Masked Singer ask the disturbing question: Should music be serious at all? In this instance, the answer is no, but few, if any, self-respecting musical people will be caught dead on this show.

But, their music might be. Is that bad, good; does it even matter? As noted in this review, it's doubtful Pete Townshend envisioned his song Who Are You? being used in so unserious a show as this. Then again, it's quite possible that most of the audience won't know who Pete Townshend is, and it gives Pete one more revenue stream that pays far more than streaming itself.

Who are you the show asks? Probably a B-list celebrity looking for a bump in "Oh yeah, I remember you, maybe", or a possible product endorsement future or the shocking denouement that there are B-list celebrities who can sing.

I tried to watch, truly I did, for research obviously, but I confess I flamed out because I thought it was idiotic. I humbly apologize to those who found it better than that. And I freely admit to a certain snobbery when it comes to the performances I'll watch, but enough about me...

The question, assuming you're not Pete Townshend, is would you be up for having your song sung on TV by a B-list celebrity in some bizarre costume, for the purposes of possibly expanding your fan base. This assumes that there maybe songs sung that are not instantly recognizable, which is unlikely, which puts most of us less than well-known purveyors of music on the outside looking in.

It also assumes assumes the audience would be so taken by your song, assuming it was picked- though we all know if they do include a "new" song, it would be by someone a big label is pushing- that they would take the time and effort, think Shazam, to find out who wrote that song.

It's possible, just not probable, which makes my snobbery so much more potent!

Photo by Magda Ehlers from Pexels
Posted by Mr.Primitive at 12:32 PM