What Happened to our Music Scene? 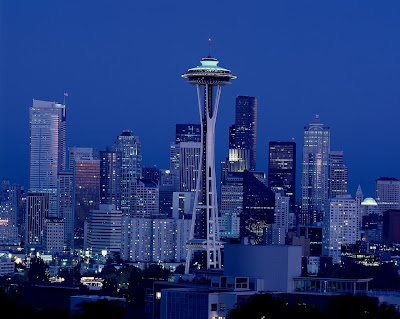 In a short blast, a KUOW reporter asked what happened to the Seattle music scene. You know, the one that produced Pearl Jam, Nirvana, and Soundgarden among others. The answer was that Seattle's too expense, so people are leaving.

Yes, Seattle and its surrounding suburban environs are not cheap places to live, but neither is LA, New York, and Nashville and people still flock to those cities with wide-eyed dreams, mostly because they have the business infrastructure that supports musicians and songwriter/creators. That doesn't mean you'll make it anymore than being here in Seattle.

The article is quite short and pivots quickly from people leaving because housing, studios, and rehearsal space is expense to how to convince the next generation to stay by providing 5G technology etc, as if that's all it takes. And as if those of us already here and making music are a lost cause and dead weight.

Like most of these kinds of quick go nowhere comments, it avoids the elephant in the room, which is how hard it is to be paid period for providing something unique and interesting. Some may argue that point, but having been part of it for a long time and having heard the wide range of talent in this town, young and old, it's apparent that the problem, as stated above, is being able to make a living making music.

Everything else is, in essence, dross. Unless the city is interested in funding and supporting artists to a point where they're earning enough to support themselves or see that support as having a social value, then in the end it won't fix the problem or stem the exodus.

Some of this is self-perpetuating in that any artist life in the societies we've created is predicated on a value often independent of that effort, meaning most artists never make back what they put into it. So it can't be a surprise if after a while, artists will either give up, move on, or move where the possibilities are better.

If you want a vibrant local music scene, you have to support it and in a capitalist society that means paying for it.